“This will forever change the way we approach offshore archaeology.”

The ancient resting place serves as a reminder the stretched Florida peninsula wasn’t always as it is today. Millennia ago in a cooler climate, Native Americans lived and died on a broader, greater landmass, before rising seas swept their homes into history.

About 7,000 years later, inundated evidence of their long-ago culture has been spotted some 275 metres (900 ft) off the Florida coastline of Manasota Key.

In 2016, divers noticed signs of what could be human remains resting on the seafloor at a depth of about 6.5 metres (21 feet).

The retrieved object turned out to be a barnacle-crusted jawbone – our first glimpse of a submerged Native American burial ground estimated to cover over 3,000 square metres (more than 32,000 square ft), and an unprecedented wake-up call to the archaeological treasures hidden a stone’s throw from the shore.

“We now know that this type of site exists on the continental shelf,” says underwater archaeologist Ryan Duggins from Florida’s Bureau of Archeological Research.

The first clue to the existence of this ancient resting place – called the Manasota Key Offshore (MKO) archaeological site – was a single tooth attached to that crusty jawbone, with the well-worn molar suggesting it belonged to somebody who subsisted on rougher fare than what we eat today.

“That’s something we don’t see in modern populations,” Duggins told National Geographic, “so that was a quick indicator we were dealing with a prehistoric individual.” 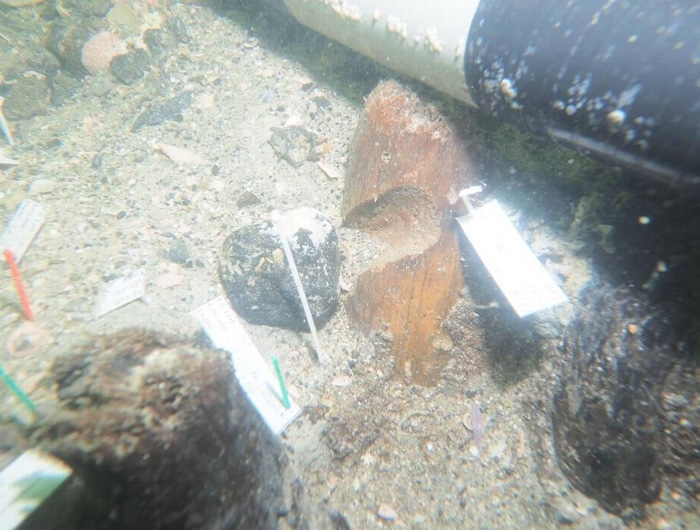 Subsequent dives by Duggins and his team discovered more vestiges of these people from the distant past: a broken arm bone, pieces of skull, a collection of carved wooden stakes, and textile fragments, with radiocarbon tests dating the remains to around 7,000 years ago.

All up, remains of at least six individuals from this hunter-gatherer society have already been recovered, but the team expects to find much more, since the research is only in its early stages and the burial site itself is so vast.

While the researchers say an offshore find on this scale is unprecedented, it’s not the first time something like this has been unearthed on land in the region – and the circumstances of the previous discovery may explain how these underwater relics survived for so very long.

On the other side of the Florida peninsula, the Windover Archeological Site, discovered in the 1980s, is an ancient muck-pond where the skeletal remains of 168 individuals from a similarly distant era were found buried, preserved in peat at the bottom of the pond.

It’s thought that the Manasota site is the same kind of burial place, where the ancient ancestors of Florida’s indigenous people interred their dead, lowering them into an inland freshwater pond. 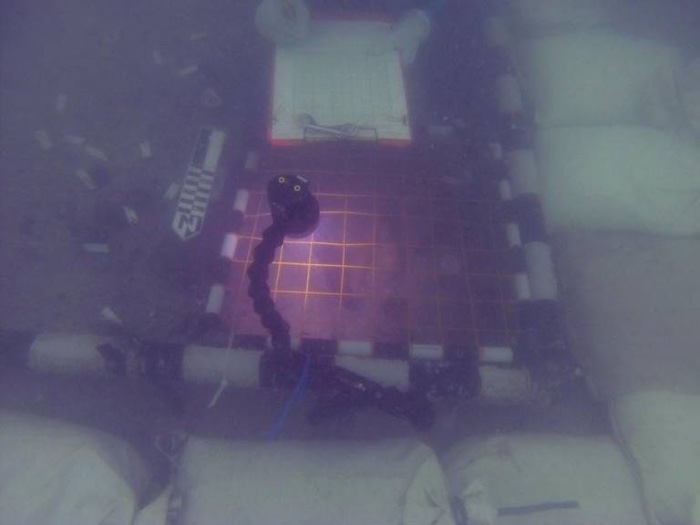 As the centuries passed, warmer weather brought rising seas, which ended up covering the site, with the ocean slowly claiming swathes of the coastal periphery.

Thankfully, now that we know about this hidden burial place, we can learn more about these people and their culture, and state authorities are working with indigenous representatives of the Seminole Tribe of Florida to make sure that the preserved remains are treated in an appropriate manner.

“We are truly humbled by this experience,” Duggins explained in a statement. “It is important to remember that this is a burial site and must be treated with the utmost respect.”